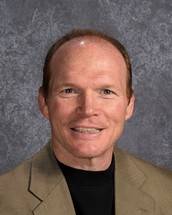 Scott Williamson, superintendent at Sioux Central Community School District in northwest Iowa, is the new At-Large representative on the Energy Association of Iowa Schools Board of Directors. Williamson was appointed on September 8, 2014, to fill the spot vacated by the retirement of Chuck Elbert of Holy Trinity Catholic Schools.

“We will miss Chuck’s positive energy–he has been a board member since before EAIS became an official organization in 2011,” says Julie Weisshaar, EAIS executive director. “And we look forward to getting to know Scott and gaining from his perspective as a board member!”

The EAIS Board meets once a month via teleconference call, and has at least one face-to-face meeting per year for strategic planning.